The first employees a company hires help get more done. They also set to the tone, say the founders of VoiceVibes, Insightin Health and BurnAlong.

When a company is forming, it’s not just a product that is being created, but also a team and a culture.

Those voices and values show how the people in a company can shape it collectively. This is true especially when a company is still forming at its earliest stages. After all, two people joining a team that was previously a pair of cofounders doubles the size of that team, and has a big impact on its dyndaniel amics.

So in making the hires to grow beyond the folks who came up with the initial vision, founders must think not just about about not just what a new employee will mean for workload, but how they will shape a team.

It was something that BurnAlong considered early on. Daniel Freedman, the cofounder of the Pikesville-based fitness and wellness company, said it was a key message from advisor (and now board member) Pernille Spiers-Lopez, the former president and global head of HR at IKEA.

“From the get-go she emphasized the importance of culture, and hiring for culture fit,” Freedman said. “As a mission-driven company — helping people achieve their health and wellbeing goals — it’s especially central for us.”

Less than a year in, values were already an important consideration for Insightin Health. About nine to 10 months in, founder Enam Noor brought on the first new employees. The hiring came as a result of client growth, and Noor sought out folks with 10 to 20 years experience in healthcare. Yet that experience wasn’t the only important part of the job description.

“We strove to ensure that as we grew, our core values of empathy, quality and transparency remained intact,” he said.

A 3-Step Guide to the Experience of Tomorrow: Step 3-Build Better Member Experiences and Products with Healthcare Intelligence 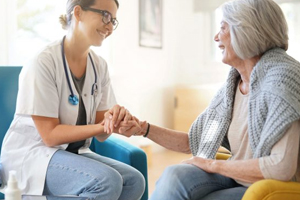 Did you know today is Customer Experience Day?

Let’s take your member experience
to the next level