South Baltimore-based Insightin Health raised $12 million in a Series A round as it seeks to continue scaling its data-based decision-making platform and plans to grow its team. The round had two lead investors: Blue Venture Fund, which is a collaboration between health insurers Blue Cross Blue Shield, the Blue Cross Blue Shield Association and fund manager Sandbox, and Richmond, Virginia-based healthcare growth equity fund Blue Heron Capital. Also participating were New York-based Health Catalyst Capital, D.C.-based Revolution’s Rise of the Rest Seed Fund, and Bethesda-based SaaS Ventures, which also previously joined a $2 million seed round for the company. “Blue Venture Fund sits at an intersection of venture capital and healthcare plans, which makes us feel uniquely qualified to support brands like Insightin Health,” said Binoy Bhansali, managing director of the Blue Venture Fund, in a statement. “We’re committed as an organization to improve the health system, and we feel a solution like Insightin Health takes great strides in getting us there.”

Founded in 2016, Insightin Health makes a platform, called inGAGE, which is designed for use with Medicare Advantage and Managed Medicaid plans. The platform applies natural language processing to collect data for plan members like medical and clinical info, as well as social determinants of health. Then, it applies an algorithm to recommend a “next best action” that the health insurer should take as it manages care of the person. This is designed to helps to reduce costs, and making the data available means the plans can better engage the members so the company can retain them, said CEO Enam Noor.

The company applied these tools in 2020 at the onset of the COVID-19 pandemic to create locally focused predictions for risk at state and county levels. That work is now becoming part of a “new normal” as health insurers like one company that Insightin signed on last year think increasingly about specific geographic areas.

“What we were able to do was take the info, and how we can detect and identify who is at risk, and we were able to help this large client to cater to and engage their members better, rather than looking at chronic, health condition management,” Noor said.

At a fundamental level, these tools are in service of creating a better experience for the consumers of healthcare. The company is aiming to bring the same kinds of tech-forward approach that has reshaped industries like transportation and finance, and apply it to healthcare. That has been the case from the start.

“The goal remains the same: empowering the consumer with knowledge of their health, and ultimately lowering the cost of care,” Noor said.

It helps that the business is also healthy, and profitable, growing 170% in 2020. Noor was projecting the same level of growth for 2021, even before the raise. That helped propel Insightin to an investment round that was a larger total than it expected to raise.

Along with the dollar figure, closing a Series A round signifies that the company has a repeatable model in place, and the investment will provide fuel to scale. That will mean scaling “really fast,” Noor said, as it seeks to add new clients, and adding features to the platform. Doing both of those will also mean growing a team that is currently about 40 people.

After starting in Gaithersburg, the company moved its headquarters to Baltimore in 2019, with an office in South Baltimore. The company is planning to keep that office going forward, and recently signed on for more space to accommodate an expanding team. It also has an office in Pittsburgh.

Noor said the company finds that Maryland is a particularly good area for hiring tech talent coming out of the universities between Baltimore and D.C. And after bringing on leadership in data science last year, the company is looking to build that team with Baltimore as a hub.

The funding comes at a time of increased investment in digital health, which is a tech category that has seen a wave of Baltimore startups grow up over the past decade, and more established players get involved in building a new generation. Nationwide, it was among the top tech sectors in which the pandemic sped up adoption — especially in the area of consumer-facing technology. With that came a 66% increase in overall dollars invested in companies in 2020, according to Mercom Capital Group.

Noor sees benefit to this, as it can bring more willingness among potential clients at the right time for the company. At the same time, it could also bring more companies to the space, and the potential for consolidation as M&A activity also set records. Noor is sanguine about this. After all, no company gets 100% market share, he said.

“There’s going to be competition, but we like it,” he said. “It validates what we’re doing.”

Insightin Health delivers the industry’s only single platform which provides complete personalized member engagement for each step of the health care journey. The core platform inGAGE™ combines medical, clinical, cognitive, and social determinants of health to recommend the Next Best Action (NBA) for each person. Health plans can improve quality measurements, gain higher member satisfaction, and increase member retention. The simple integration and easy to use inGAGE™ creates an effective shift towards a healthier population for health plans. For more information, visit https://www.insightinhealth.com

Codeword on behalf of Insightin Health 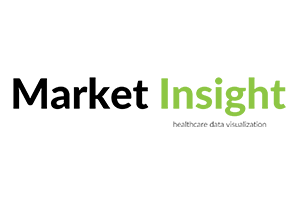 Insightin Health Offers a Sneak-Peak into the Market Insight Module 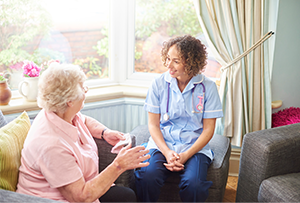